A Grip on Sports: Nothing will ever be the same for Julio Rodriguez and the Mariners – The Spokesman Review

Tue., July 19, 2022
A GRIP ON SPORTS • Julio Rodriguez. That’s it. That’s the lead.
•••••••
• The other day Rodriguez practiced for his first Home Run Derby. Using his hand-picked pitcher and a clock, the Mariners’ 21-year-old rookie, who has fueled their rise in the American League West, launched 31 bombs. And the Root Sports honks gushed about it. 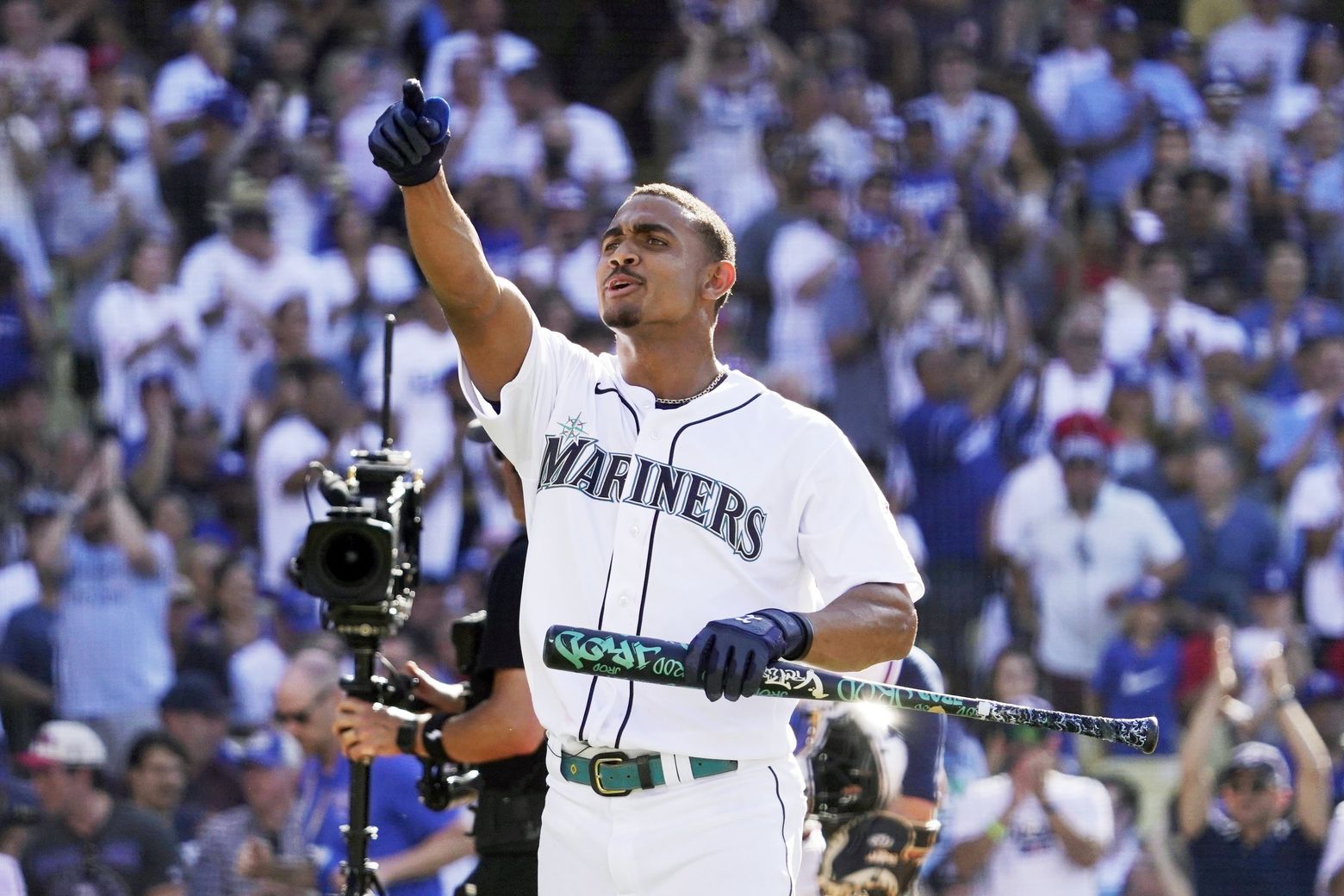 Unrealistic expectations? Setting Rodriguez up for failure? Or just plain good sense?
Turns out it was the last one.
Rodriguez’s first round at Dodger Stadium – and on ESPN – Monday night was stunning. Thirty-two home runs to eliminate former L.A. star Corey Seager. His second, against two-time defending champion (and way-too-serious) Pete Alonso? Rodriguez hit 31 more, to easily eliminate the Mets’ star.
Alas, like the 116-win 2001 team, the best in the preliminary rounds didn’t translate to a championship. Looking a bit tired, Rodriguez “only” connected for 18 home runs in the finals and lost to another young star, Washington’s Juan Soto.
The ESPN announcers gushed as much as their Root Sports counterparts. They called it Rodriguez’s coming out party. And it was. To the general public who aren’t privy to Seattle games on national TV. After all, with baseball’s predilection to broadcast the Yankees, Red Sox and, to a lesser degree, the Dodgers, on a weekly basis, there are few if any national spots for the Northwest’s usually also-run team.
That will change. Rodriguez will see to it. His power, speed and infectious smile hearkens back to another Northwest icon, Ken Griffey Jr., who just happened to be in attendance as the commissioner’s guest.
Whether the rookie will reach such heights remains to be seen. But we wouldn’t bet against it. Actually, we won’t bet against Rodriguez in any way. He’s that special.
• Speaking of betting, according to Darren Rovell of the Action Network, which tracks sports betting, more money is bet on the Home Run Derby than tonight’s All-Star Game. Which just highlights its issues.
The Derby is loosely officiated, to be kind. Pitches are made before they are supposed to be. Home runs, hit after pitches are thrown too late to count, are added to the total. And, for the second consecutive year, it seems a player’s total wasn’t counted correctly.
Why should this matter? Because baseball is pushing sports betting. And people have become enamored of betting on the event. One person bet $54,000 that Kyle Schwarber would advance, according to Rovell. He didn’t and he was the person whose home run seemingly wasn’t counted.
If we were the bettor, we would be angry. And litigious.
• By the way, the Derby isn’t perfect in one other way. The setup gives a huge advantage to the person who goes second.
Rodriguez hit first in every round. He totaled 81 home runs in his three stints. Impressive. But also tiring as he had to hit until the end of the clock each time to build a number. Soto hit second. He hit 53 total home runs in his three rounds. And won. Partly because that is all he had to hit. Every round, he got to a number he needed and quit. He saved a lot of high-energy swings. And seemed quite a bit fresher in the final round.
There is a simple fix. Have each hitter finish his entire round. Have the complete total determine the winner. Level the playing field.
• One final note. Julio Rodriguez will make $700,000 playing this season. He made $750,000 last night by finishing second. That’s it. That’s the note.
Make of it what you will.
••• 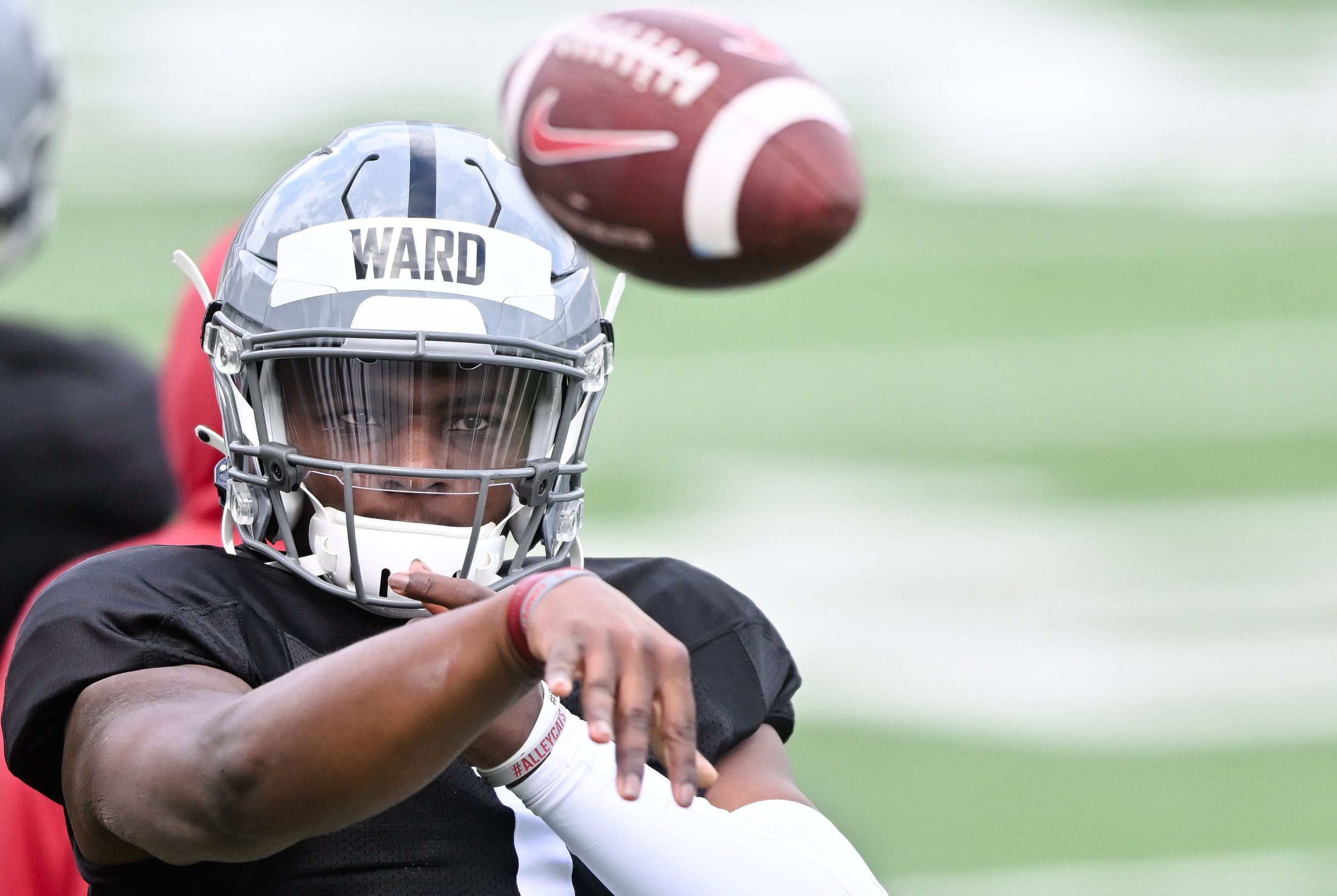 WSU: How good can Cameron Ward be? The transfer quarterback’s ceiling has yet to be determined but the Maxwell Award people, charged with highlighting the best players in college football, figure it is pretty high. They added him to their preseason watch list. Colton Clark has more in this story. … The Cougars have filled a spot on their football staff, hiring Stacey Ford as recruiting coordinator. Colton has that story as well. … A Washington State boxing great highlights not only this year’s State of Washington Sports Hall of Fame inductions but the S-R’s latest local briefs column as well. … Elsewhere in the Pac-12, Jon Wilner rates in the Mercury News the influence each of the remaining 10 conference presidents have on the future. … Speaking of that future, it seems the conference and the Big 12 discussed options, including a merger. The Big 12 said no. Will the Pac-12 turn to the ACC next? … Rankings seem to be this morning’s thing, with this one on Washington’s players and this one on the Huskies’ future schedules. … Finally, some basketball news from Tucson. Arizona and Duke have committed to a home-and-home series, starting in Durham in 2023. 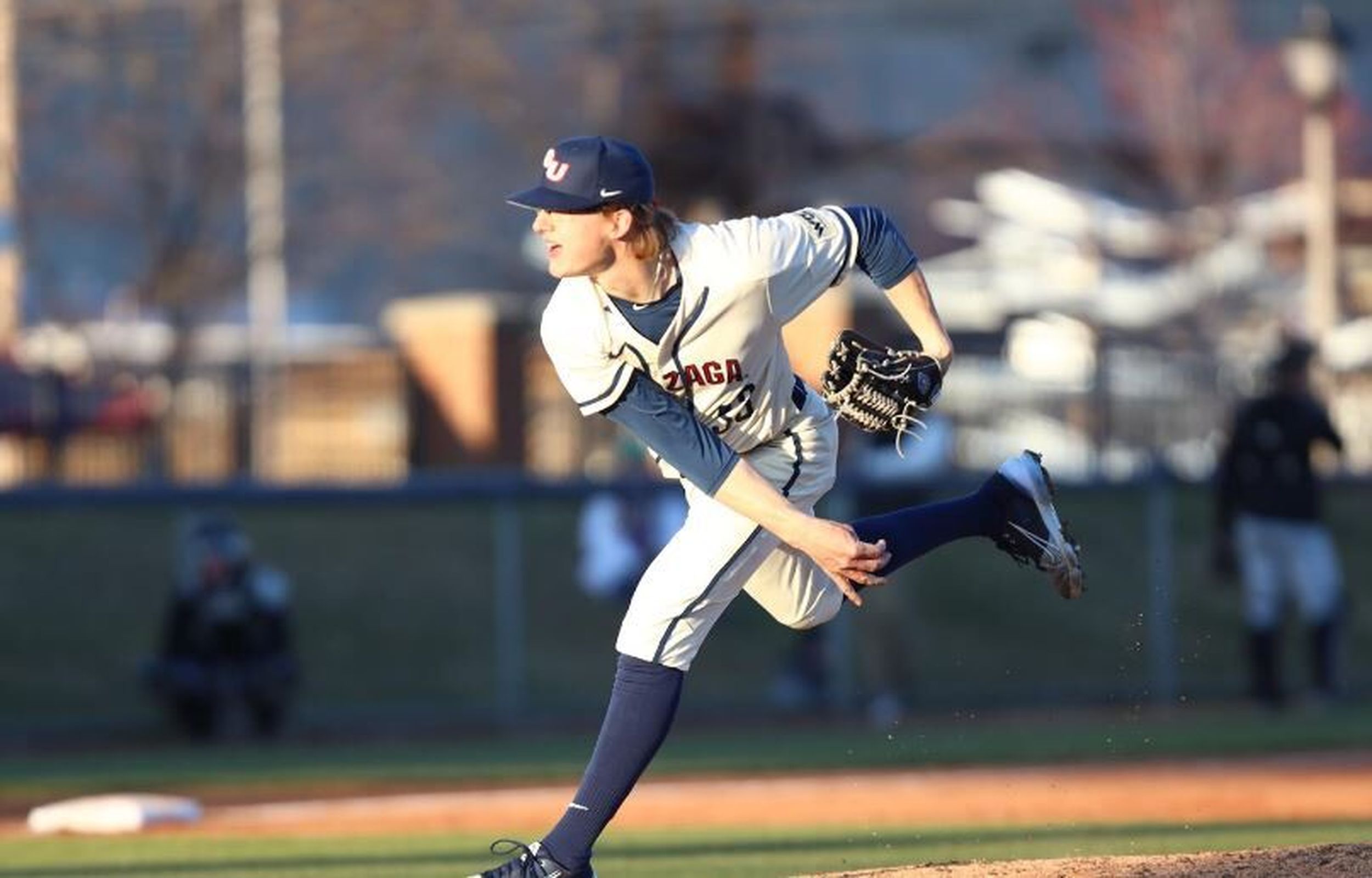 Gonzaga: The Bulldogs’ pitching staff was pretty good. Three more pitchers were selected in the baseball draft. Justin Reed adds more here. … It looks as if the Zags have added another nonconference with a nearby school. No, not the one just south of Spokane. The one east on I-90. According to a report, GU will host Montana in December. Theo Lawson has the story.
EWU and Idaho: Around the Big Sky, we mentioned Montana’s basketball game with Gonzaga in the paragraph above. We also can pass along this news about football coach Bobby Hauck’s bonuses from the last season. 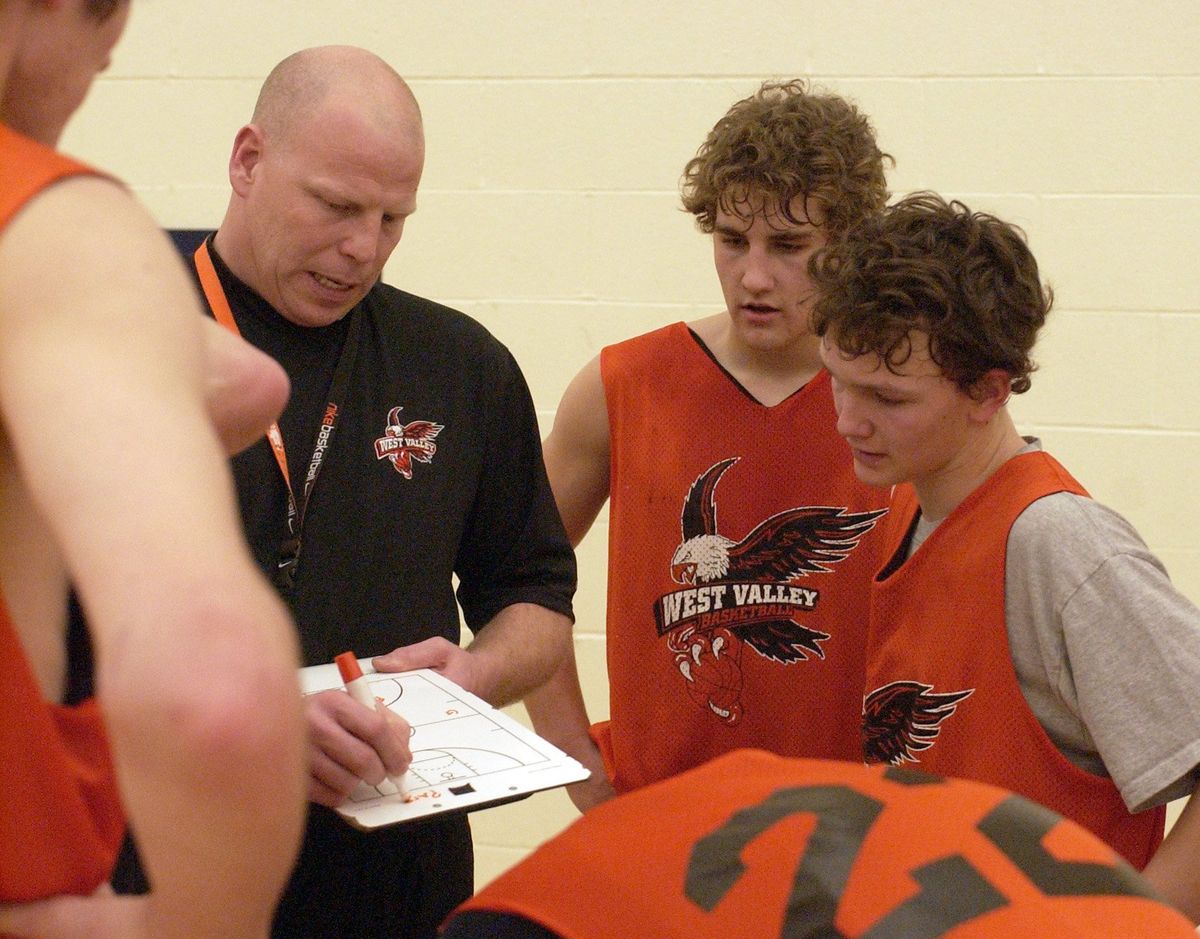 Preps: OK, we have a dog in this hunt. The Washington Interscholastic Basketball Coaches Association inducts its 2022 class, which includes, in the Eastside ceremony, my friend Jamie Nilles. Nilles, West Valley’s athletic director, will join former CV coach Rick Sloan and Ray Ricks, who won six state titles as Northwest Christian’s coach, as honorees. Dave Nichols has more in this story.
Track and field: We have thoughts. Yes, false-start rules need to be in place. But when track’s governing bodies commission studies to see if their rules are actually fair, and are told no, they aren’t, but refuse to change, something is wrong. It’s actually possible for a human to react faster than track allows. It has already happened three times at the World Championships. Change the inappropriate standard, darn it. 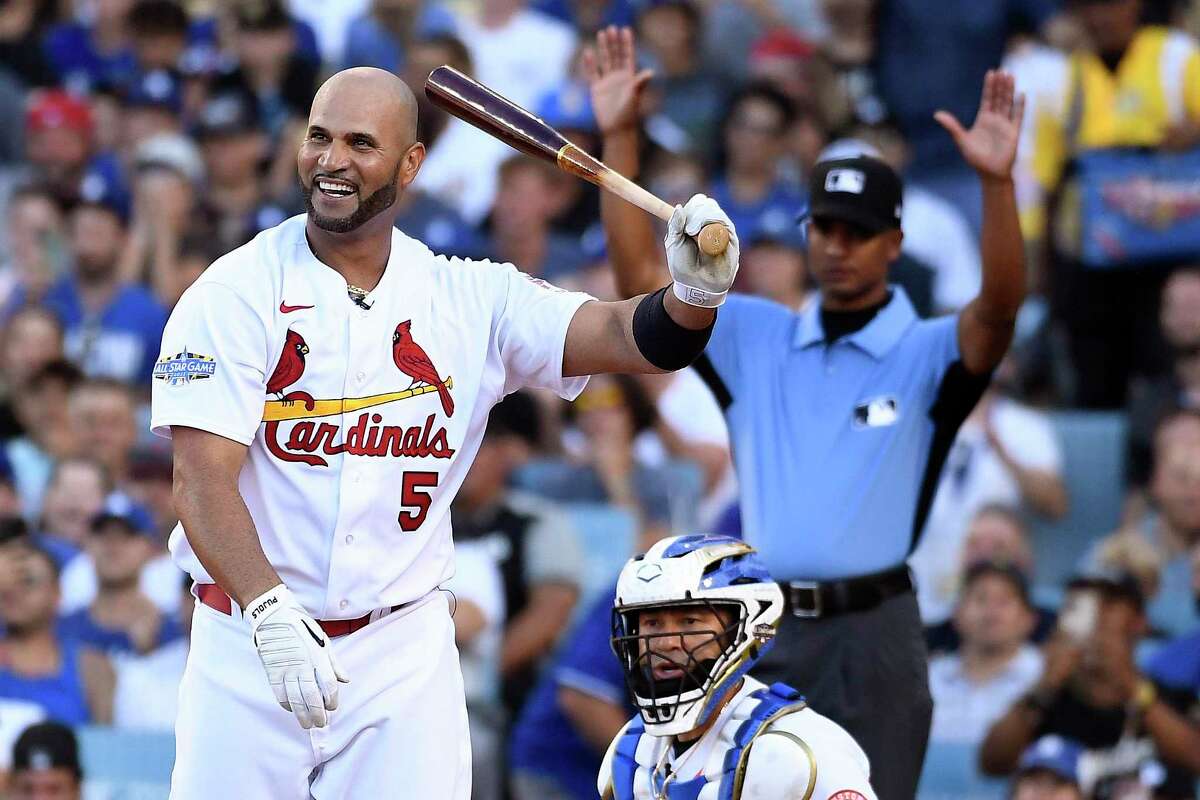 Mariners: Ty France was all over the Home Run Derby broadcast, serving as Rodriguez’s second, so to speak. … The M’s winning streak had other All-Stars talking. … One of the coolest aspects of the Derby? Albert Pujols competing as he heads into retirement. … Los Angeles has a good argument for being the home of baseball, amateur and professional, these days. … The draft continued. … Finally, could Derby finalists Soto and Rodriguez end up as teammates? Only is the Mariners are willing to commit a billion dollars long-term for two players. Both will probably command 10-year, $500 million contracts in the not-so-distant future.
Seahawks: More rankings. Two more actually. The Hawks’ 89-81 players and their 80-71 entering training camp.
Sounders: The U.S. Women’s National Team defeated Canada last night and secured a spot in the next Olympics.
Storm: League-leading Chicago will present a real challenge for Seattle.
•••
• We are going away this weekend. Off to Las Vegas where we won’t bet on anything. Never do. But we had to book morning flights to and from. There will not be columns on Thursday and Monday. We’ll be braving airports during our usual writing times. Until later …
Local journalism is essential.
Give directly to The Spokesman-Review’s Northwest Passages community forums series — which helps to offset the costs of several reporter and editor positions at the newspaper — by using the easy options below. Gifts processed in this system are not tax deductible, but are predominately used to help meet the local financial requirements needed to receive national matching-grant funds.

A Grip on Sports: Nothing will ever be the same for Julio Rodriguez and the Mariners – The Spokesman Review