Catherine Toth Fox: Great News, Hawaii! You Get To Vacation In Hawaii! – Patch

By Catherine Toth Fox, the Honolulu Civil Beat
June 3, 2022
A couple of months ago my mom and I walked around the 27-acre, city-run Wahiawa Botanical Garden.
When we stopped to sit on a bench near a rainbow eucalyptus tree, my 76-year-old mother, who has lived in Hawaii her entire life, said, “I didn’t even know this place existed.”
I hear this a lot from locals.
As a travel editor and writer based in Honolulu, my job — literally — is to travel around the islands, exploring neighborhoods and discovering new (at least to the readers) things to do and places to see. And I’m always surprised how “new” many of these things and places are to folks who grew up here.
I took an informal survey of friends who live on Oahu and found the vast majority had never been to the USS Arizona Memorial, hadn’t hiked to the summit of Diamond Head since they were kids, and — like my mom — had no idea there was a botanical garden in Wahiawa.
We live in arguably one of the top travel destinations in the world, a place on vision boards and bucket lists, and yet many of us don’t explore our island home beyond the occasional baby luau at an unfamiliar beach park.
And that’s a shame.
Hawaii welcomed more than 10 million visitors in 2019, setting an all-time high according to year-end data by the Hawaii Tourism Authority. And even now, more than two years into the pandemic, the state has seen an uptick in numbers — total arrivals in March were near pre-pandemic levels, at 788,931 visitors — with summer promising the highest number of visitors since 2019.
Clearly, Hawaii is a popular vacation destination — and yet many of us are planning summer trips everywhere else but here.
Not us. We’re booking a trip to Kauai — maybe another to Maui — this summer. That’s it.
With Covid-19 numbers creeping back up — new cases are averaging 1,200 a day now statewide — and the cost of everything increasing, this really should be the Summer of Staycations. 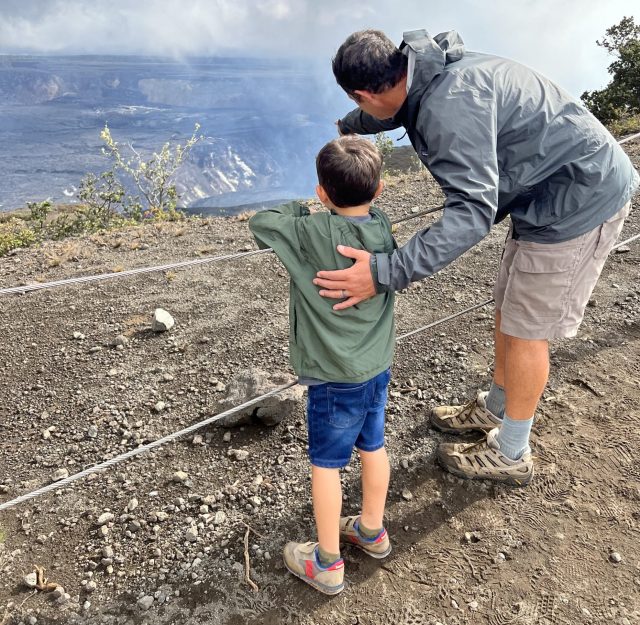 And think about it: We live in the perfect staycation location. We can hop to another island for less than $100. There are dozens of hotels, resorts and vacation rentals to choose from. We have some of the best beaches, restaurants and hiking trails in the world. What’s the point in living here if we can’t enjoy it?

According to a survey by the personal finance site WalletHub, 29% of Americans aren’t planning to travel for leisure in 2022. Comparing more than 180 cities across 44 indicators — parks per capital, restaurant meal costs, vaccination rates of residents — Honolulu ranked No. 1 on its list of best places to staycation. Talk about Lucky We Live Hawaii.
And there are lots of reasons to consider a staycation.
First, it’s typically less expensive. According to Google Flights, nonstop flights from Honolulu to Los Angeles in June are running about $900 roundtrip. (It’s $1,700 to fly to New York City nonstop.) Compare that to a direct flight to Kahului, Maui or Hilo, which costs around $100 roundtrip. Now multiply that by your family of four. That’s a huge savings.
And the money you’re saving could be spent at local businesses. Imagine all the places you’d visit if you were on vacation in, say, California. Maybe you’d buy homemade strawberry jam and artisan bread at a neighborhood farmers market, pick up souvenirs at a family-run boutique, book a farm tour, eat at an acclaimed restaurant run by a local chef. You can do all of those things here — and you would be supporting the local economy.
Staycations are better for the planet, too. Greenhouse gas emissions from commercial flights make up around 2% of the world’s total carbon emissions and are expected to triple by 2050, according to the International Council on Clean Transportation.
Last year Google Flights added a carbon emission feature to its search engine, allowing travelers to consider their environmental footprint along with ticket prices and duration of flights. A nonstop Hawaiian Airlines flight from Honolulu to Los Angeles produces an estimated 491 kilograms of carbon dioxide per passenger. FlightFree, a site dedicated to encouraging people to ditch air travel altogether, explained it even further: A flight from Honolulu to Los Angeles creates enough carbon dioxide emissions to melt 48 square feet of the Arctic Sea. Avoiding this trip, it says, is as climate-friendly as being a vegetarian for 2.8 years and carpooling for 1.5 years.
Compare that to a quick flight to Maui, which only produces about 50 kilograms of carbon dioxide per passenger. You only have to be a vegetarian for 6 weeks to make up for that flight.
Plus, you would be vacationing in Hawaii. Hawaii! Think of all the things you’ve never done or places you’ve never visited because your kids have soccer games and swim lessons all weekend or you end up cleaning the house instead of going to the beach.
Take a week off and hike to that summit you always see from your car on your morning commute. Finally learn how to surf. Go camping. Jump on a plane and gawk at an erupting volcano on Hawaii Island. Do yoga with Nigerian dwarf goats in Kula. Eat kulolo on a beach on Kauai. Or just wander around your neighborhood.
It’s probably the same kinds of things you’d do in California, anyway. Only you can sleep in your own bed after.
Honolulu Civil Beat is dedicated to cultivating an informed body of citizens, all striving to make Hawaii a better place to live. We achieve this through investigative and watchdog journalism, in-depth enterprise reporting, analysis and commentary that gives readers a broad view on issues of importance to our community.

Catherine Toth Fox: Great News, Hawaii! You Get To Vacation In Hawaii! – Patch