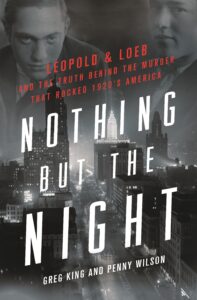 Excerpted from Nothing but the Night: Leopold & Loeb and the Truth Behind the Murder That Rocked 1920s America by Greg King and Penny Wilson. Copyright © 2022. Available from St. Martin’s Press, an imprint of Macmillan.
Created by Grove Atlantic and Electric Literature