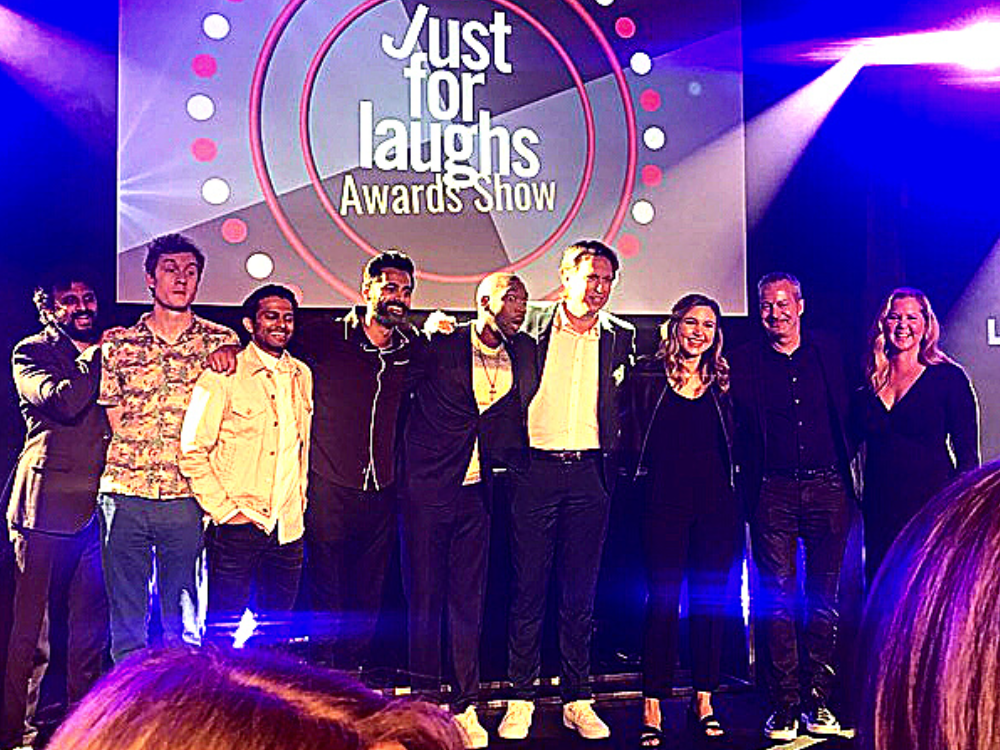 Finding comedy in everything and everything in comedy.
interrobang, in·ter·ro·bang [in-ter-uh-bang] ‽ (often represented by ?! / !?), is a nonstandard punctuation designed to combine the question mark (?) and the exclamation point (!), indicating a mixture of query and interjection, as after a rhetorical question.
Focusing on the most interesting ! and ? in life, theinterrobang.com is a place to talk about the comedy in everything, and everything in comedy. From street corners to theaters, arenas, print, television, film, or even the White House, if it’s funny, or should be, we’re talking about it. We also continue to bring you everything happening in the news that’s worth discussing, the best recommendations on the internet, and interviews with the most creative people on the planet.
Interested in contributing? Hit us up on our contact page.
We love when you leave comments and we encourage active discussion and debate throughout the site. However our moderators may delete any comments at their discretion, particularly any comments that are off topic.
Of course, defamatory, libelous, threatening, or otherwise illegal posts will be removed as well as any posts that are deemed abusive, or intentionally inflammatory. We also ask that you be respectful of our authors, guests, and other commenters. We reserve the right to edit or delete comments at our discretion. If you have any complaints about a comment being removed, you should contact us using our contact form.
By submitting a comment and/or question to the site you give us the right to use, post, reproduce and distribute your comment as we see fit.