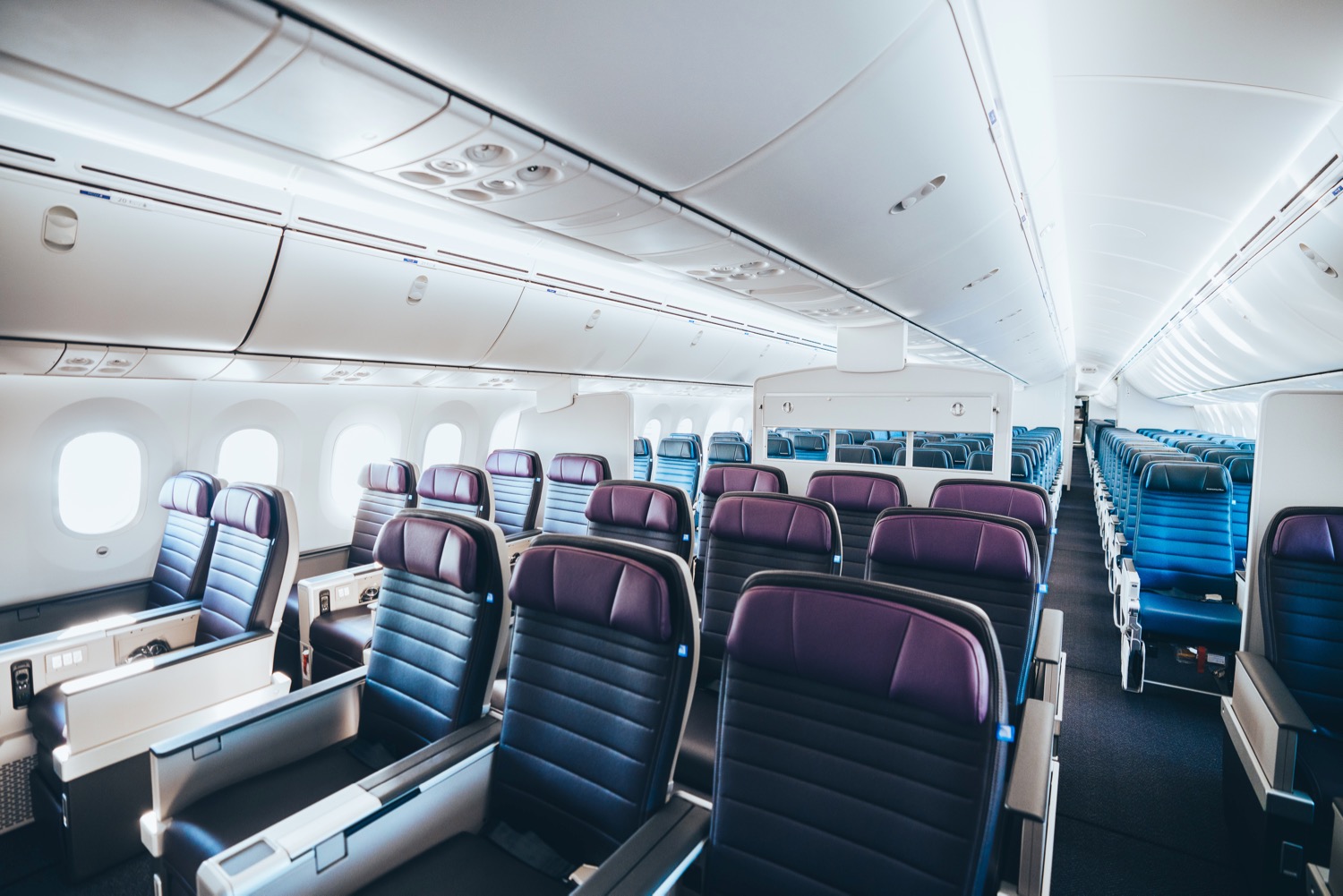 United Airlines CEO Scott Kirby has been adamant that United Airlines will not only become the biggest airline in the world, but the best. However, “best” is in the eye of the beholder and United has taken an unwelcome approach to quality when it comes to its Premium Plus (premium economy) class.
I recently shared with you Kirby’s four pillars he maintains are essential for United to become the “biggest” and “best” airline in the world. Those include:
> Read More: Four Pillars That Will Make United Airlines “The Biggest And The Best Airline In The History Of Aviation” According To CEO Scott Kirby
From conversations Live and Let’s Fly has had with United employees, management believes that the key to attracting loyalty and a revenue premium is a beautiful hard product. That is why “United Next” will transform United’s narrowbody fleet, adding more plugs, faster wi-fi, large seatback screens, and mood lighting.
At the same time, management is very concerned with balancing that new hard product with strict cost controls, which it sees as most easily achievable through the synergies that comes through larger mainline aircraft, technology that replaces human capital including many airport agents, and a careful control of soft product costs onboard.
Even as United slowly restores its Polaris business class product to pre-pandemic form, premium economy passengers, a cabin United calls Premium Plus, have faced cutbacks from the pandemic that have yet to be restored. That includes replacing pre-arrival service that used to resemble business class with economy class food.
Breakfast in Premium Plus before the pandemic: 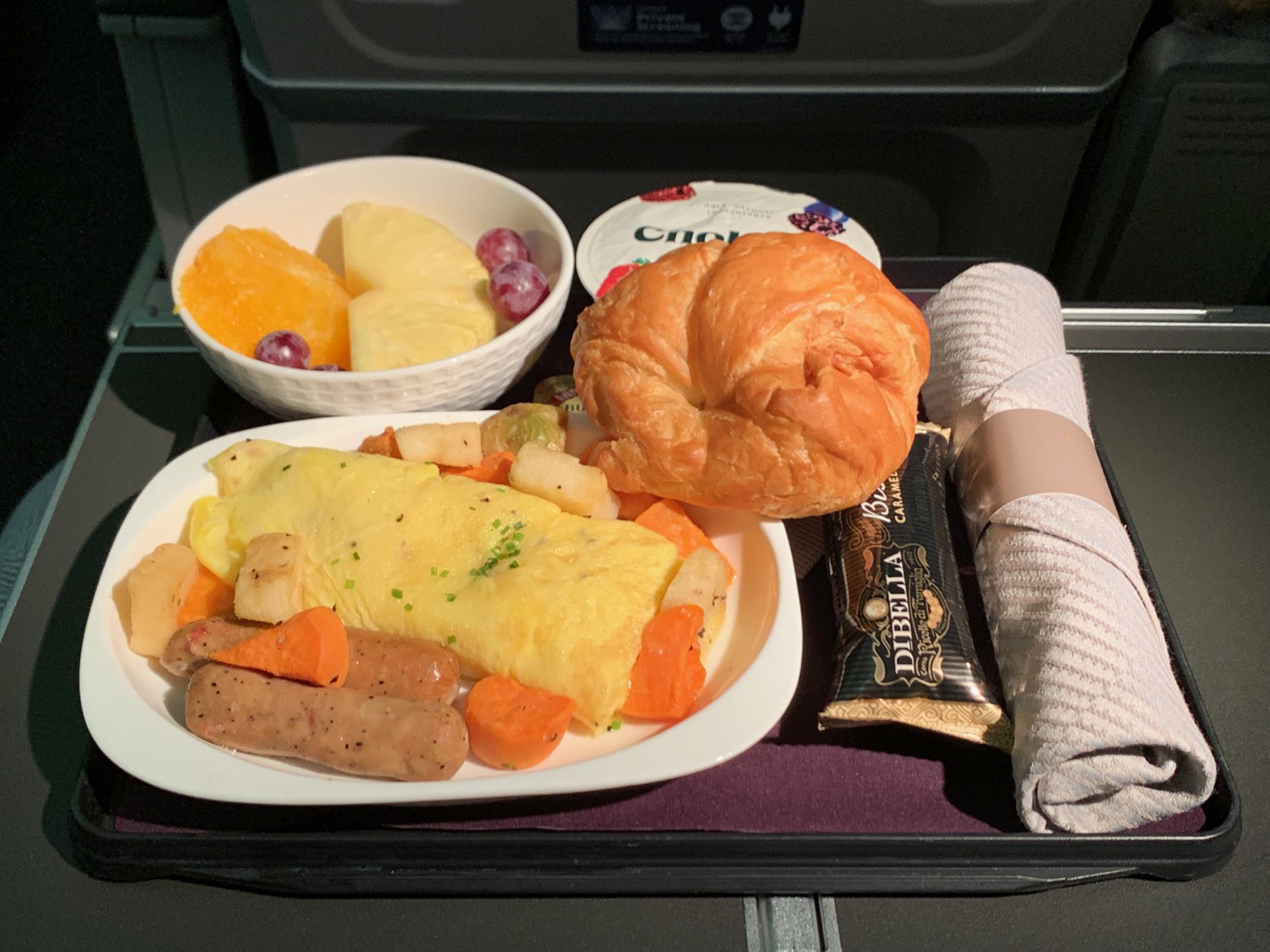 But now there is a further cutback: alcohol. Multiple readers reached out to me to express frustration over being denied alcohol minis on transatlantic trips in premium economy.
That seemed quite strange, considering the United website clearly indicated alcohol was included with Premium Plus tickets: I reached out to United to find out what was going on and a spokesperson told me:
Thanks for reaching out. To confirm, we currently offer the following on United Premium Plus:
Note, the webpage you linked to below does have slightly dated information, which we’re updating ASAP to reflect the above offerings.
The website has now been updated to reflect this cutback: 
This site is for entertainment purposes only. The owner of this site is not an investment advisor, financial planner, nor legal or tax professional and articles here are of an opinion and general nature and should not be relied upon for individual circumstances.
Advertiser Disclosure: Some links to credit cards and other products on this website will earn an affiliate commission. Outside of banner ads published through the Boarding Area network, this compensation does not impact how and where products appear on this site. While we do try to list all the best miles and points deals, the site does not include all card companies or credit card offers available in the marketplace. Please view our advertising policy page for additional details about our partners.
Editorial Disclosure: The editorial content on this page is not provided by any entity mentioned herein. Opinions expressed here are the author’s alone, and have not been reviewed, approved or otherwise endorsed by any of these entities.
Join our mailing list for a daily summary of posts! We never sell your info.